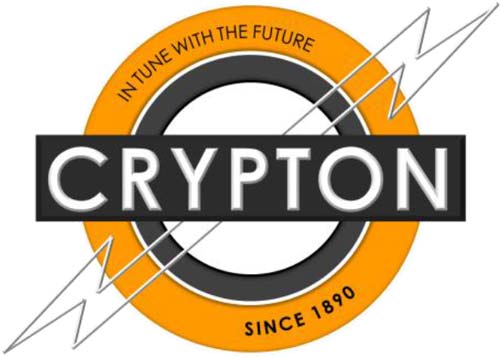 1890 - Established under the name of Newton’s to manufacture electric motors and generators.
1920's - Expanded into the development of testing equipment for the motor industry. It was then sold to Lancashire Dynamo and Crypto, who wanted to expand their garage equipment interests. The company was renamed Crypton.
1936 - Produced one of the world's first engine testers. From this early involvement, Crypton grew to play a prominent role in shaping the history of engine diagnostic equipment, soon establishing itself as a household name and the Crypton brand becoming synonymous with the testing of engines.
1950's - Pioneered the concept of ‘area testing’ and the use of oscilloscopes.
1960's - Expanded to 300 employees and became manufacturers of automotible, engines, battery and electrical testing and servicing equipment and researched into computer controlled equipment.
1980's - Introduced a unique microprocessor controlled automatic tester and launched handheld ECM testers for the general market.
1990 - Innovative development of PC based testing with serially connected measurement modules and pioneered the concept of information workstations.
1991 - Crypton expanded with the acquisition of three other well-known names in the industry (Gunson, Dieseltune and Wheelforce), creating one of the largest independently owned automotive equipment manufactuers in Europe.
2012 - Crypton was bought and became a brand of Continental, the leading international automotive supplier and tyre specialist to expand their aftermarket offering.
2015 - Introduced a service lift range.

Crypton Technology uses cookies and other tracking technology to improve the performance of our site, analyse your use of it and measure our marketing efforts.